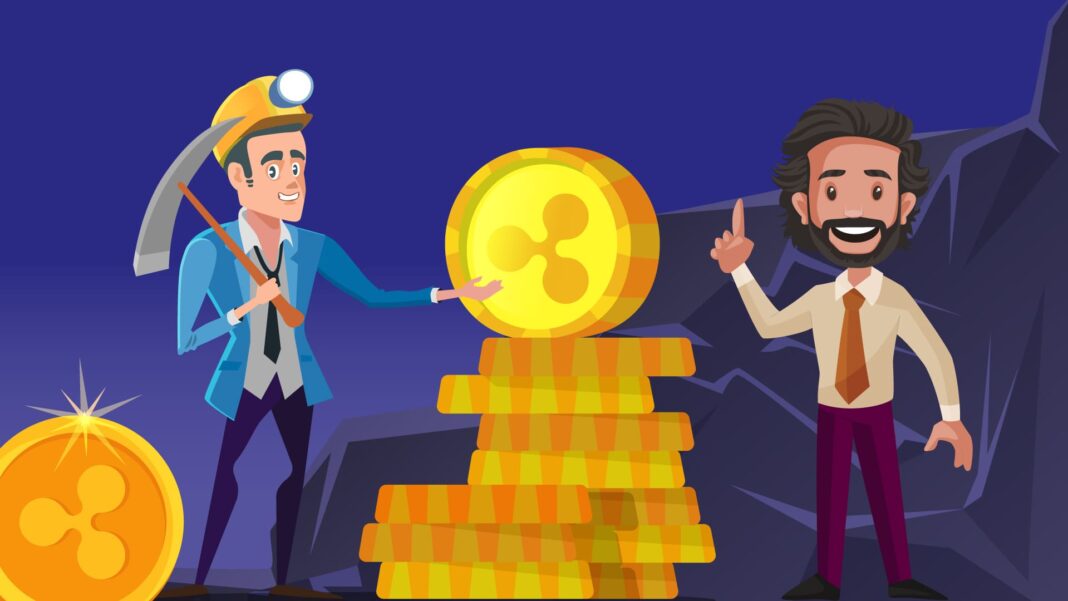 Cryptocurrency is a buzzing topic these days, and as people get more information on it, their interests lead them to new digital assets. Everyone knows that Bitcoin and Ethereum are the world’s largest cryptocurrencies, growing at an astronomical rate. However, for commoners, buying a Bitcoin worth upwards of $30,000 as of early-2021, or Ethereum is not quite affordable. Hence, they scout for the next best thing, where they come across Ripple. According to Gemini, a leading digital currency exchange for crypto holders, Ripple’s token XRP ranks at the third spot of fastest-growing cryptocurrencies in 2021. However, there are certain aspects of the cryptocurrency that create challenges in mining XRPs.

Unlike Bitcoin, Ripple is not just a cryptocurrency. For starters, Ripple is a financial organization that runs a real-time gross settlement system and a currency exchange through a remittance network. Ripple is an ecosystem created and controlled by a US-based fintech company, Ripple Labs Inc. It allows users to understand the reasons why several financial institutions distribute their payments to customers over RippleNet. XRP, the tokenized digital currency of Ripple, has been issued by the company, which also manages it partly. XRP tokens are now used in payment solutions from cross-border transactions on RippleNet.

The process of cryptocurrency mining is simple. Users can verify their transactions between other peers and add them to the public ledger blockchain. In this process, one can mine cryptocurrency through the programmable tasks defined by smart contracts or by solving equations. However, all cryptocurrencies are mineable. Unlike Bitcoin or Ethereum, Ripple is not decentralized. XRP tokens aren’t a native cryptocurrency asset running on the blockchain. Ripple Labs, the company, controls the XRP coins’ movement, making it impossible for others to mine. The XRP mining process can be carried by the company itself. One can buy or sell XRP through cross-border payments and international payments made with RippleNet technology.

Why can Ripple not be Mined?

There are three main reasons why Ripple XRPs cannot be mined. These reasons are also considered the main differentiators between Ripple and other crypto assets such as Ethereum, Litecoin, and Bitcoin.

How to Own Ripple by Mining

The above reasons clearly state that Ripple is not a mineable cryptocurrency. Since one cannot mine Ripple, the only way to obtain XRP through mining is by using decentralized exchanges. Users can mine other cryptocurrencies and use the exchanges to convert the tokens to XRP. In this way, one can own XRPs directly without purchasing them from the company or wasting efforts in a Ripple mining process. Many people, who already own altcoins or other cryptocurrencies, have started exchanging them to buy XRP. The advanced structure and the gradual price increase dubs Ripple less-profitable yet more-reliable cryptocurrency compared to Bitcoin.

Ripple can’t be mined, and there are no two ways about it. But, despite its limitations, XRP tokens have a greater demand than BTC tokens. It is not an industrially-mined cryptocurrency, and it does not place any heavy costs on hardware and power requirements. Most people cannot find a loophole in acquiring Ripple. Compared to Ethereum, Dash, Litecoin, and Monero, Ripple continues to remain popular among crypto miners. In the years to come, XRP will be actively adopted by major financial players, translating the fact that its inability to be mined will drive its steady price growth. However, now you know that Ripple can not be mined, so for investment, first go through XRP Coin Price Prediction, and decide the right time for it to not waste your hard-earned money.