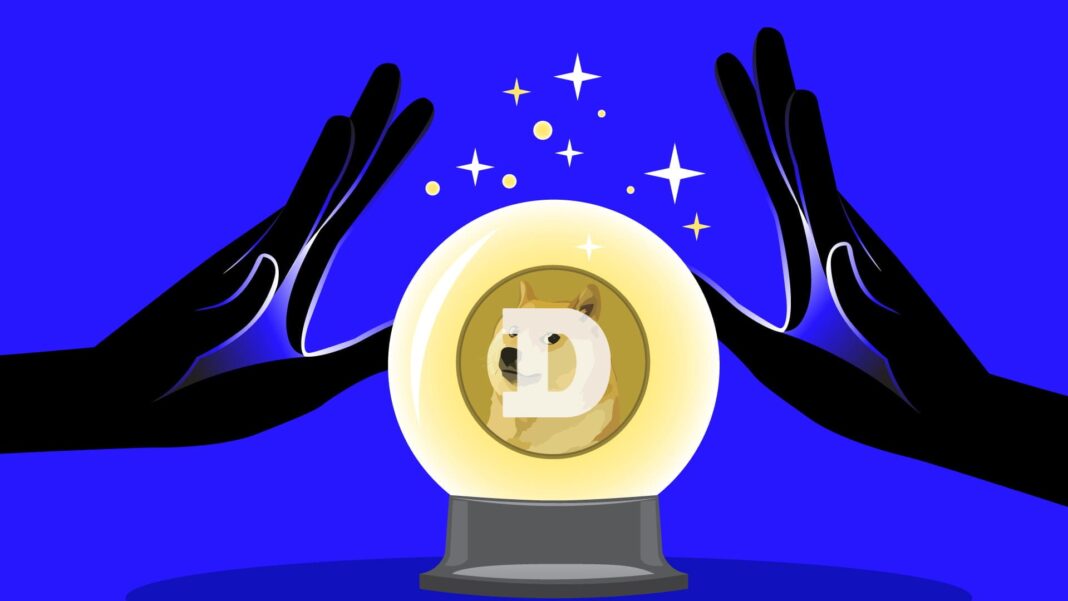 In over a decade, the world of cryptocurrency has grown exponentially. With new cryptocurrencies being introduced into the market, people tend to move towards the top ten cryptocurrencies. Dogecoin is one such digital coin that is similar to other cryptos and is highly volatile. However, in the past two months, the currency has witnessed a surge in its value. And, cryptocurrency experts believe the value is likely to grow in the coming months. So, let’s first understand what Dogecoin is.

Dogecoin is a P2P or peer-to-peer cryptocurrency, which is a faster and economical alternative to Bitcoin. Dogecoin can be easily exchanged with other cryptos like Bitcoin and Litecoin. Presently, it is widely used for online gambling. However, in one instance, it was also used for selling a house. Similar to Bitcoin, Dogecoin has paved its way into the mainstream with active applications such as being used as a tipping system on social media platforms like Twitter and Instagram.

A Brief History of Dogecoin

Two software engineers launched Dogecoin as a light-hearted take on cryptocurrency in general and Bitcoin in particular. The coin’s logo and namesake were adopted from the Shiba Inu dog meme. Initially, the crypto token was named Bells based on the pretend currency used in the “Animal Crossing” video game.

The inventors of Dogecoin, Billy Marker and Jackson Parker, wanted to create a fun cryptocurrency payment system, which was more efficient than Bitcoin. Likewise, Dogecoin is much faster when compared to the first cryptocurrency, Bitcoin. While it takes 10 minutes to complete a Bitcoin transaction, it takes only 1 minute for every Dogecoin transaction.

How is Dogecoin different from other cryptocurrencies?

So, what makes Dogecoin different from the other currencies? For a fact, Dogecoin is based on blockchain technology. However, although based on a proof-of-work algorithm, Dogecoin follows Scrypt, unlike Bitcoin’s SHA256 hash. Also, rather than Bitcoin’s ASIC system of mining, Dogecoin uses GPU. Thus, faster mining when compared to Bitcoin. Most importantly, Dogecoin’s operations are not banned even in countries where Bitcoin is considered illegal or banned.

Within a month of its launch on December 6, 2013, more than a million visitors were reported to have accessed Dogecoin.com, the coin’s official website. And, only 72 hours after its launch, the value of the coin rose by 300%. Soon after, there was a drop in its price. Nevertheless, following Elon Musk’s tweets in the last week of January this year, Dogecoin reached an all-time high at roughly 10 billion as of February 11, 2021.

While the rapid growth in the value of Dogecoin may be witnessed as a bubble by many, cryptocurrency experts believe that the coin truly holds great potential. They are attributing to the fact that it is much cheaper and faster when compared to Bitcoin, which is a trusted cryptocurrency.

Why is the Dogecoin Price booming in 2021?

Tesla’s chief, Elon Musk, is a personality who has widely influenced the rise and downfall of several companies and also currencies. As per his tweets, he has claimed Dogecoin his “fav currency,” while in his earlier tweet, he called it “the people’s currency”. Apart from Musk, few of the other celebrities of the likes of Snoop Dog and Gene Simmons have also tweeted in support of the crypto token. While these active promotions on the social media platforms may be one of the reasons, the main being, recognizing the token’s true potential triggered by its mention on Twitter. In fact, according to Coindesk, Dogecoin is the most-mentioned cryptocurrency on Twitter, and thus, surpassing Bitcoin.

The market cap of Dogecoin doubled in a matter of a few days, where at present, it is roughly 10 billion. While it is a long way to reach Bitcoin’s 600 billion, experts say that 2021 is an excellent year to invest in Dogecoin. For one, it is affordable for people with lesser investment capital. To know more details about this from experts’ points of view, go over it, as here you will get in-depth insights about the same.

As for the coming years, with more investors showcasing their interest in Dogecoin, many will embrace the currency as an alternative to bitcoin. As it is cheaper and faster than Bitcoin, Dogecoin may slowly take over the mainstream as the preferred currency for online transactions.

Dogecoin has been in the market since Dec 2013. However, only recently, the crypto has gained wide-scale recognition as an alternative to Bitcoin. According to cryptocurrency analysts and experts, the value of Dogecoin may further rise, making 2021 the right time for investing in the currency. And also, by going through doge price prediction, you will find out about when to invest your money in it.