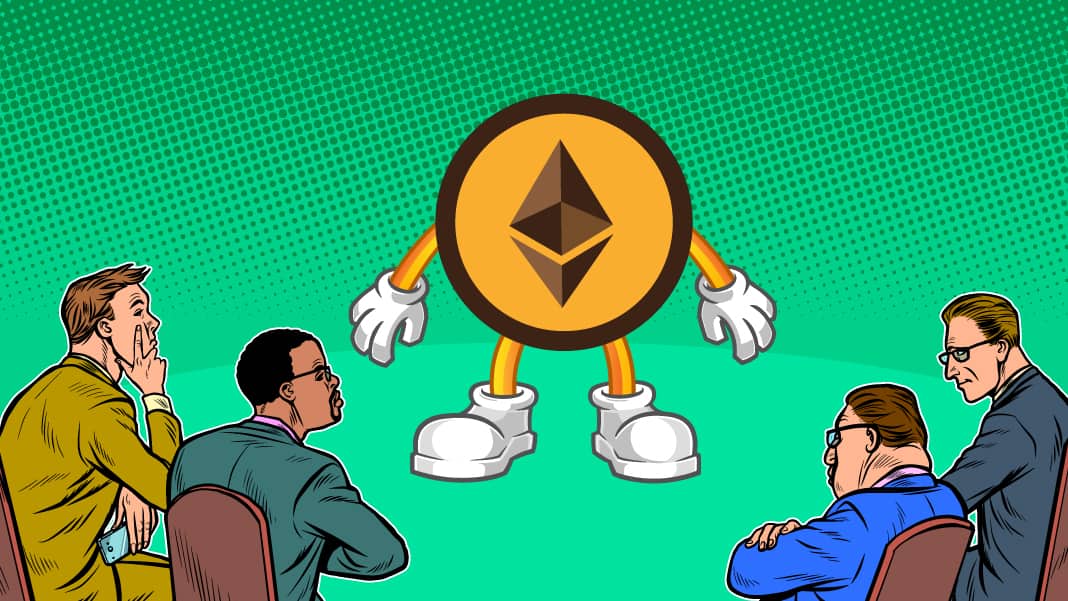 Ethereum’s performance has not been better ever since it dipped to the $2,200 range on the 20th of December. But the blame cannot be put on ETH alone, as every other coin in the market is undergoing the same pressure. Several theses claimed that Ethereum might rebound just following its dip as the support was predicted to appear at the $2,200- $2,400 level. Unfortunately, the currency did post any significant movement even after reaching the predicted range.

Ethereum has been witnessing its lowest price since last July. It is stated that the changing federal inflationary policies are taking a toll on the currency. By March 2022, the Fed will start increasing the prices to withhold this historic pace of inflation in recent times. The cryptocurrency market got the impacts of inflation just as the stock market is witnessing one of the worst periods in the last two years. Along with Ethereum, Bitcoin too lost nearly half of its highest value in recent time.

The investment portfolios across the country are going under deep scrutiny as a result of this unstable market. Investors are looking to reduce the factors from their portfolios not just with cryptocurrencies but also with other markets like stock and forex. According to Grant Maddox, a financial expert from South Carolina, the market does not give signs for healthy, short-term investments lately, which makes the market even more rampant.

The recent fall in the price of Bitcoin and Ethereum is owing to the increasing inflation, a December Jobs report, and the constant taunting from the Feds regarding changes in the policies. Recently, the uncertain situations amidst the rising concerns about the Omicron variant have made the Feds reconsider the position once again, posing another difficulty for these currencies to overcome.

Having reached a $4,100 high last December, Ethereum was able to close 2021 with a positive note. You can check CryptoNewsZ’s price prediction to know more about Ethereum’s performance or the upcoming forecast. However, it did not last for long as the coin stumbled just in the first month of the year. The same goes for Bitcoin, which fell to less than $35,000 from the whopping $50,000 in less than a month. Several experts still believe in the bullishness of Ethereum, and they are sure enough that the coin would run close to $12,000 by the end of the year.

Long-term entries in Ethereum do not have to work about the weekly fluctuations. However, this could be a tricky period for short-term dwellers. Due to the uncertainty, the experts advised us not to invest more than 5% of the portfolio in Ethereum. Going over that limit would likely cause other financial difficulties, like debt or retirement savings, considering the position of the coin. Humphrey Yang from NextAdvisor has a thumb rule for long-term investments on Ethereum, which is to “set it and forget it.”